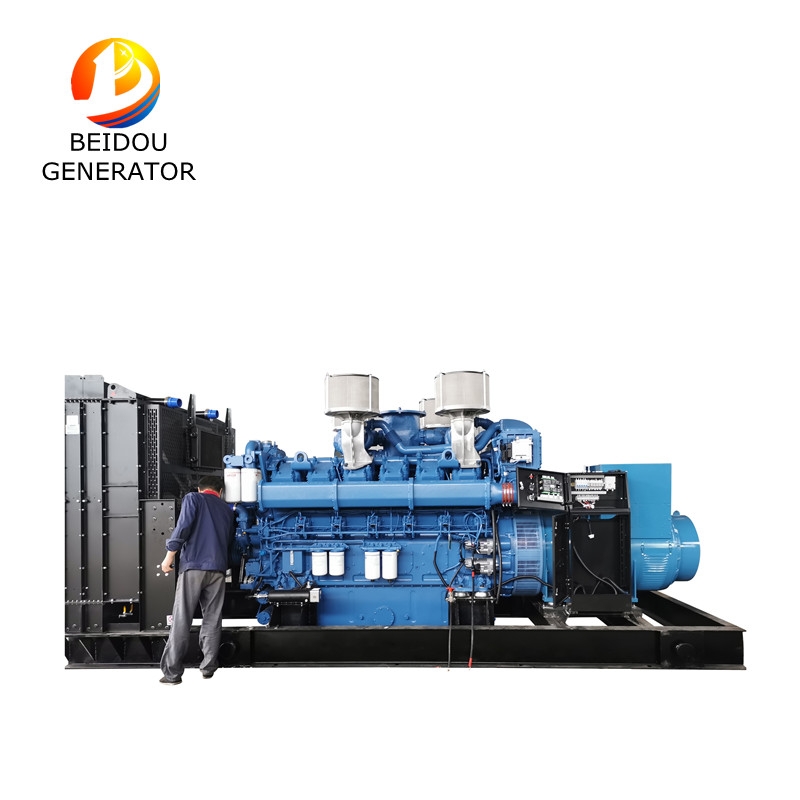 
Send email to us

Beidou Yuchai Series BD-Y diesel generators are powered by Guangxi Yuchai engine which is one of best Chinese engine brands and is widely used in worldwide. Yuchai generators are famous for its durability and fuel efficiency, and it has significant advantages such as low emissions, long-lasting operation, and convenient operation. Lower fuel consumption and lower exhuast help users with better economic benefits and better working efffiency. 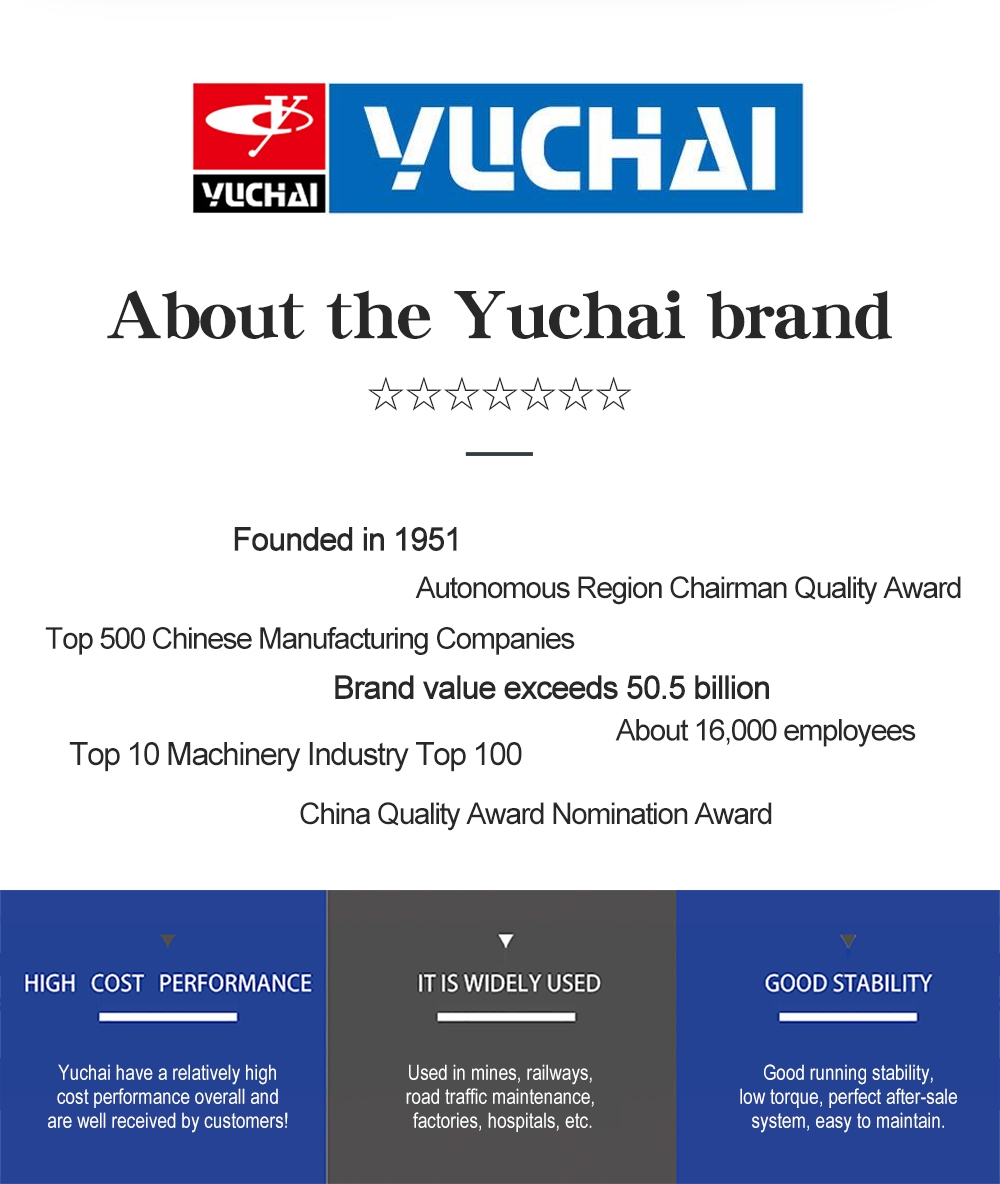 YC6B series, the forged steel crankshaft, alloy cast iron cylinder head, body blank, etc. used in this series of engines are all imported parts, which have the advantages of small size, light weight, low vibration, low noise and high reliability, and the overhaul period is more than 12,000 hours; It is an ideal supporting power for 58~90kW diesel generator sets.

YC6A series, this engine is a product developed to digest and absorb the achievements of German FEV company; it adopts P-type high-pressure oil pump and P-type nozzle.

Then there is the YC6L series. The body and cylinder head of this series of engines are made of alloy cast iron, with a high degree of strengthening. The whole crankshaft is used, high pressure forging, high frequency quenching of the circumference and fillet, which improves the fatigue strength and wear resistance. The overhaul period of the whole machine is more than 12,000 hours; it is suitable for 140-160kW diesel generator sets for special purposes such as ports, hospitals, telecommunications, hotels, and airports. For example, in the 2008 Beijing Olympic Games, more than 2,000 Olympic service buses were equipped with Yuchai 6L engines, which is an engine manufacturer for Beijing Olympic buses.

It is worth pointing out that the YC6C series diesel generators use four-valve technology and the injectors produced by the imported technology have good atomization and sufficient combustion, and the fuel consumption index is far better than the domestic products of the same power; especially It has a large power reserve and good power performance, and is an ideal supporting power for 500-800kW diesel generator sets. 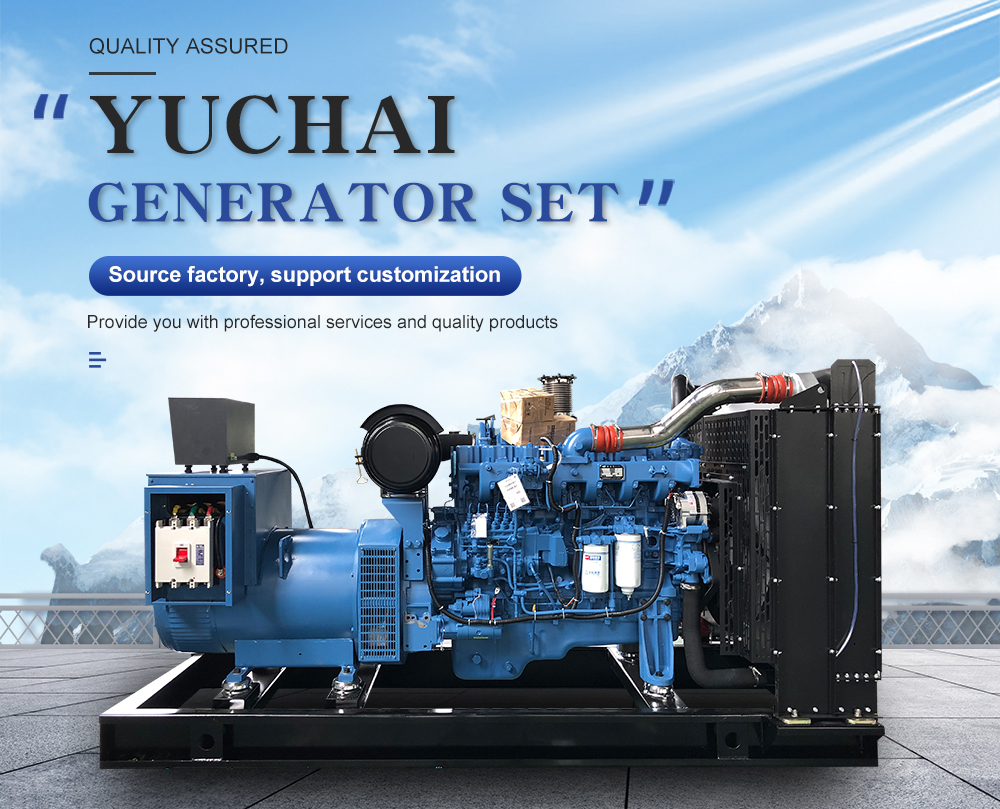 Beidou Power adheres to the goal of becoming a century-old brand of generators, and only selects high-quality diesel engines as supporting power. Guangxi Yuchai series generator set is one of our best-selling products, which is well received by domestic and foreign users. Beidou Yuchai series diesel generator sets have the advantages of compact structure, small volume, large power reserve, stable operation, good speed regulation performance and high reliability. It is suitable for industrial and mining enterprises, post and telecommunications transportation, business hotels, schools of origin, and high-rise buildings as conventional power sources or backup emergency power sources.We are committed to providing every user with the lowest price generator, the most cost-effective generator, the best quality generator and the most popular generator. The strict selection of each accessory, the strict control of each production process, and the strict inspection of each factory are the embodiment of our responsibility to users.